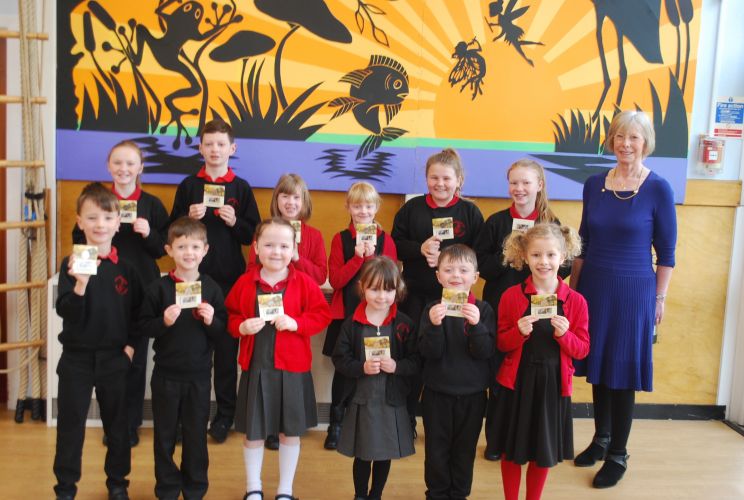 In 2017 the Isle of Man marks the 150th anniversary of the first popular election to the House of Keys, previously a self-elected body. Tynwald wanted to take the opportunity to mark this significant anniversary in Manx political history and asked Isle of Man Treasury for a 50 pence coin to be commissioned that would be presented to all-Island school children. Today we had an informative assembly delivered by Kate Beecroft, MHK, followed by a presentation of the coins to our School Council members.